Davor Bošnjaković, born in Našice, graduated from the Faculty of Economics, the University of Osijek in 2001.

He started his professional career in the company Veritas during his studies, and from 2003 to 2006 he worked in three companies of the NEXE Group in the positions of controlling, and later the director of the company Slavonija IGM.

Since 2015, he has been the President of the Management Board of Belje, and since 2017 the legal successor of Belje Plus d.o.o.

He joined Kraš on January 1, 2021. in the position of a member of the Production and Procurement Administration. 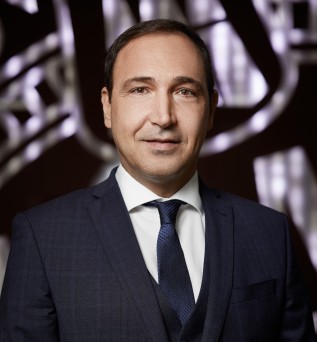 Damir Bulić was born in 1972 in Split. He graduated from the Faculty of Economics, University of Zagreb, in 1996.

He started his business career in 1999 in Kraš as an intern in the Finance and Controlling Sector. After the internship, he worked as a cash flow analyst and manager for the coordination of receivables and liabilities of the Ltd.
He was appointed Director of the Finance Department in 2004, and on May 18, 2011 he became a member of the Management Board.

After that, he continued his work in Kraš as the director of the Corporate Finance Department, and became a member of the Management Board on May 24, 2021.

Kraš uses cookies to ensure you have the best browsing experience and to help us improve the site. By continuing to browse the site you are agreeing to our use of cookies. Use of cookies.